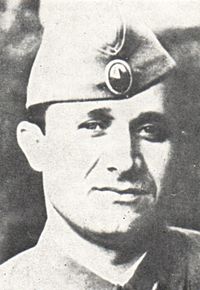 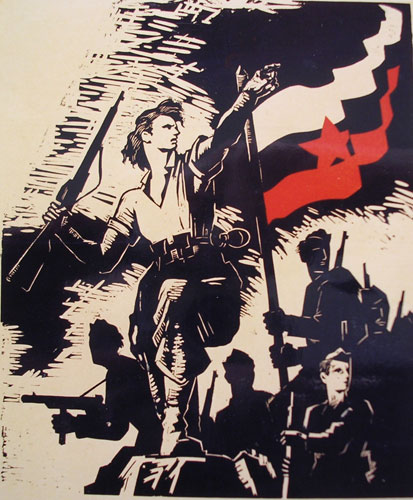 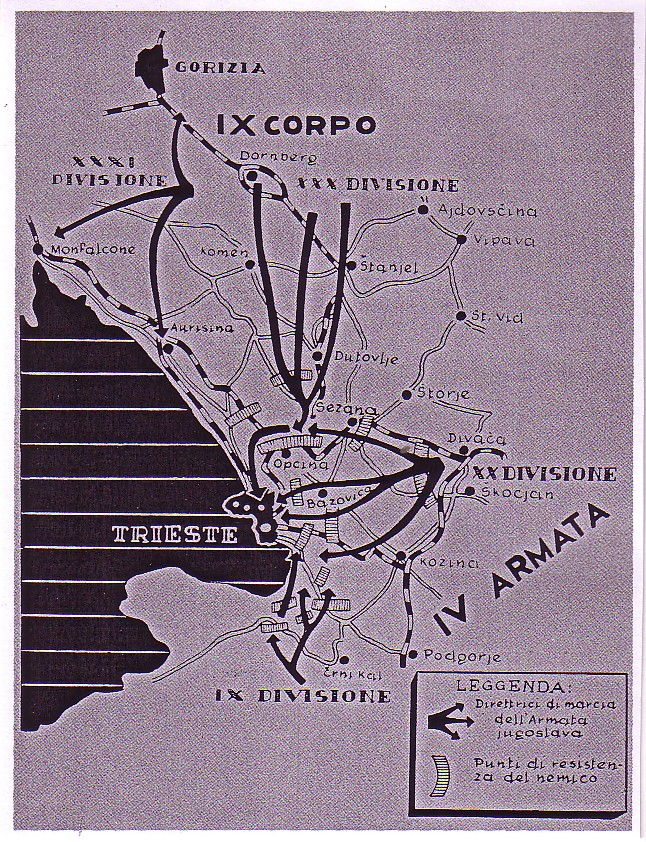 The Yugoslav 4th Army together with the Slovenian 9th Corps entered Trieste on May 1, 1945.

Started on 29 April with advance of main force of the 4th Yugoslav Army towards Trst (Trieste). Two operative groups from the 4th Army advanced by directions Ilirska Bistrica-Divača-Trst and Lovran-through Istra-Trieste, while the 9 th Yugoslav Corps advanced over Kras towards Trst, Monfalcone (Tržić) and Gorica. By 30 April units of the 4th Army surrounded Trieste from all sides and with concentric attack and help of partisan forces in the city, after heavy fighting's, liberated Trieste on 1 May. 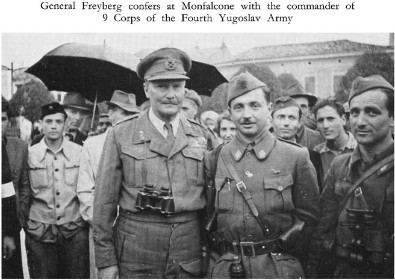 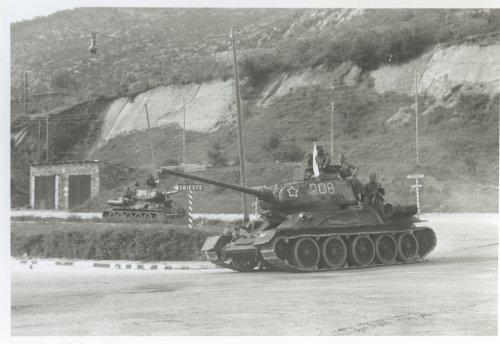 YU TANKS FROM OPICINA IN DIRECTION OF UNIVERSITY OF TRIESTE 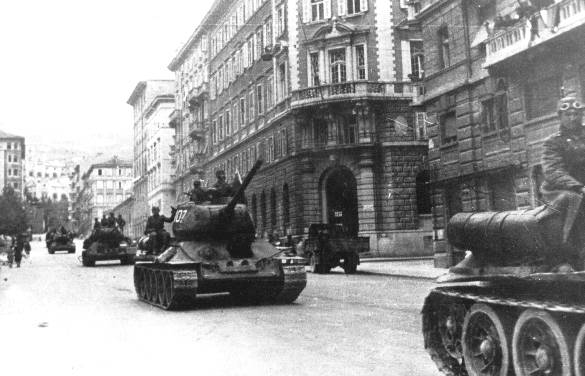 YU TANKS DOWN VIA CORONEO 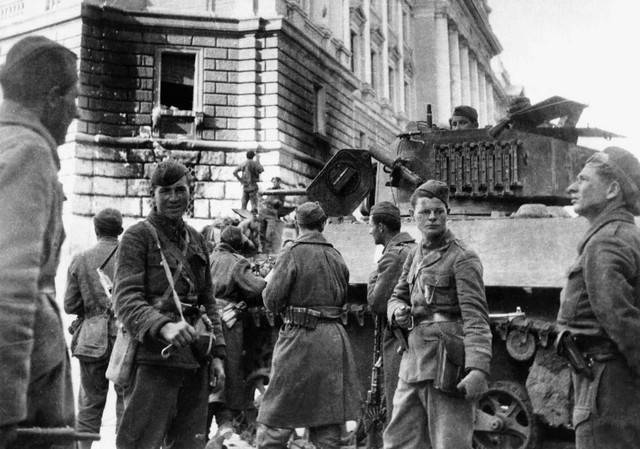 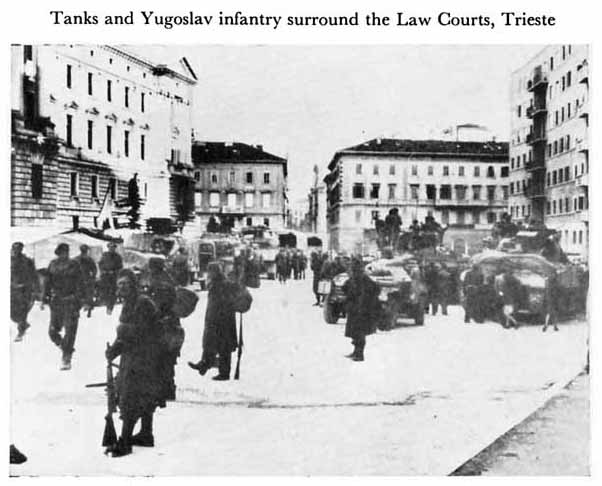 YU TROOPS AT THE COURTHOUSE 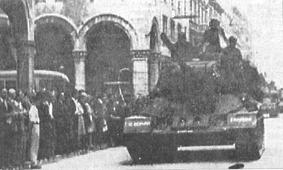 YU TANKS IN VIA CARDUCCI 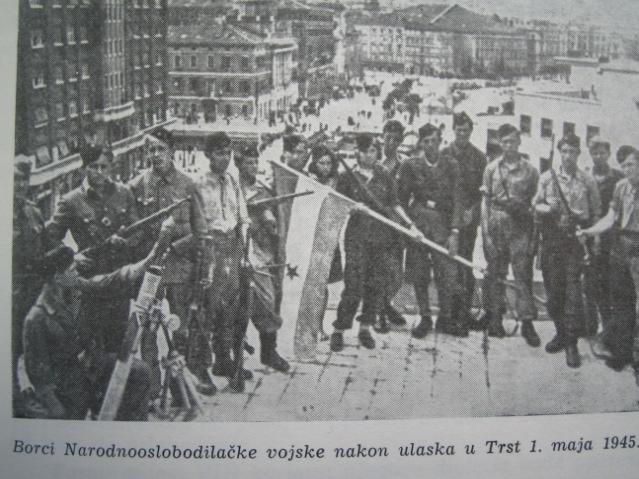 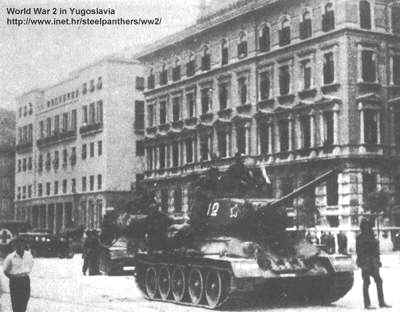 YU TANKS on the "Rive" 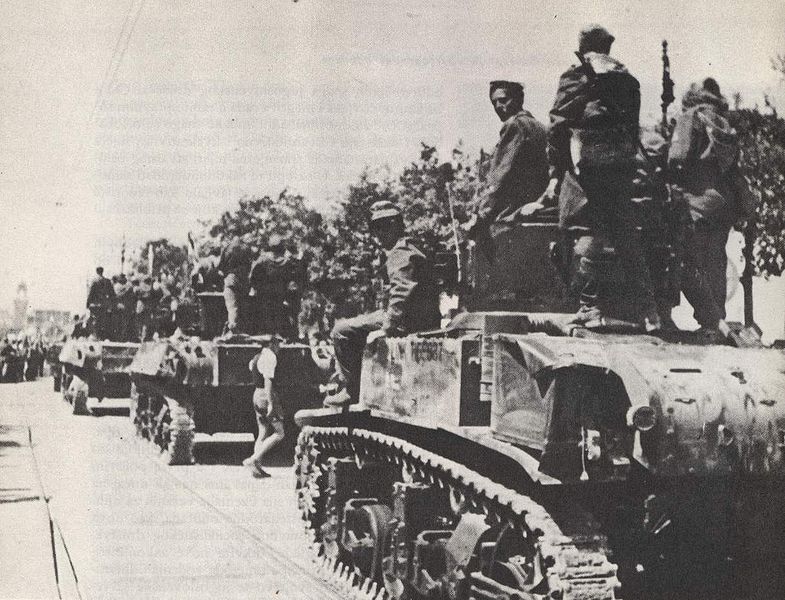 YU tanks on the "Rive" 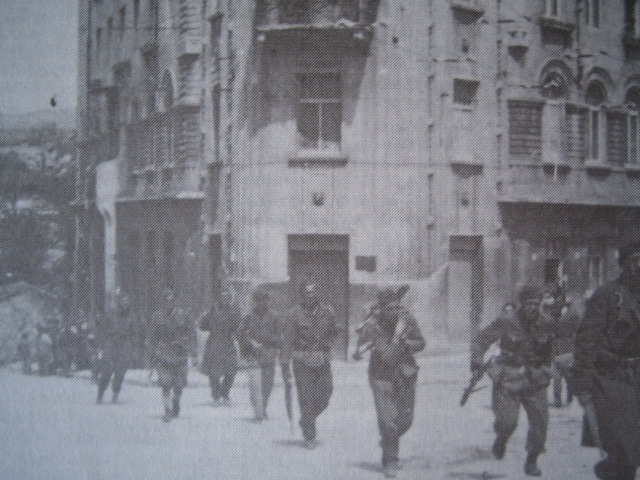 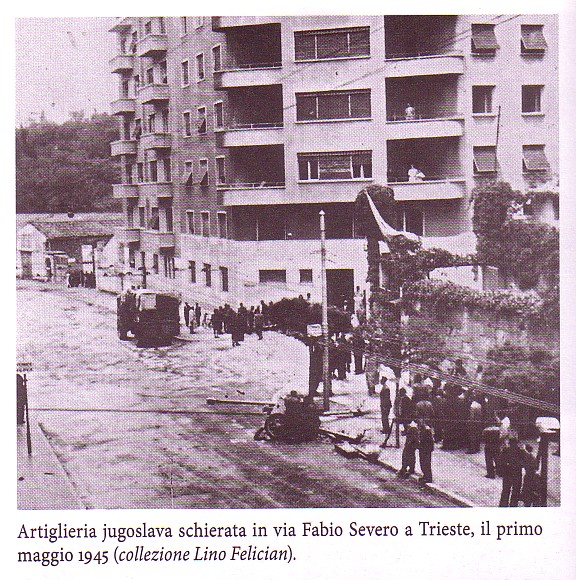 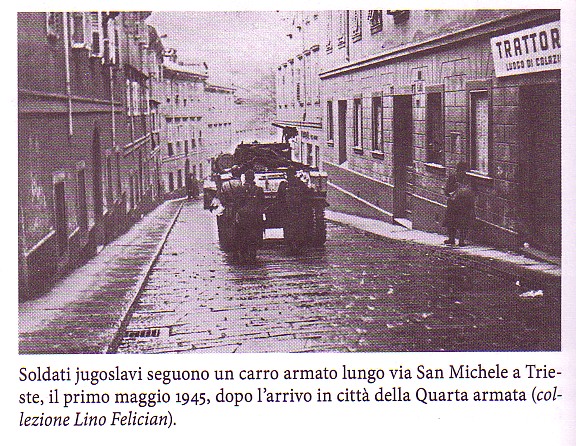 Stronghold at Opicina was captured on 3 May and during those days also was liberated entire Slovenian littoral, Beneška Slovenia and Istra. The German 97th Corps capitulated on 7 May and with advanced of the Motorized detachment of the 4th Army towards Koruška and the 29th Division and the 7th Yugoslav Corps towards Ljubljana, Trieste operation was over. 5200 Germans have been taken prisoners in these fighting's and large number of killed and wounded. 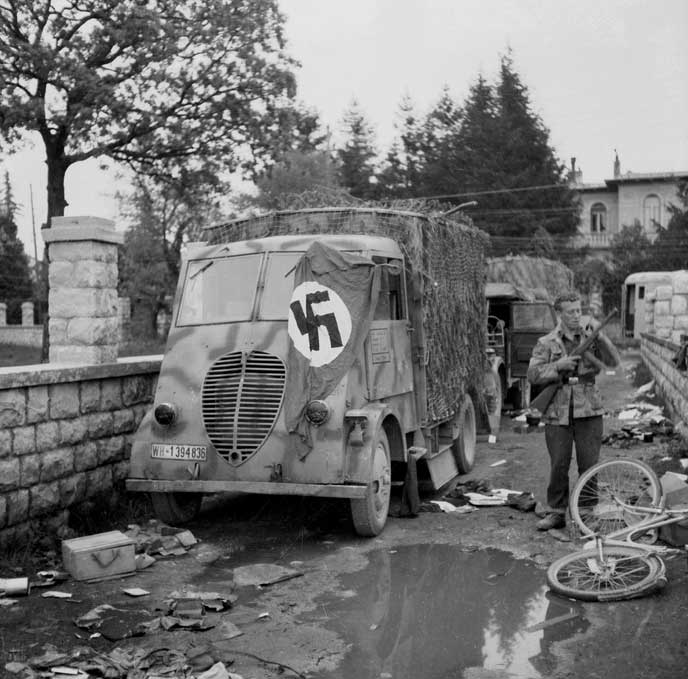 Besides 188th and 237th Division of German 97th Corps in Istria. There was several police battalions of Italian fascist militia, around Gorica there was 10th SS Police Regiment. Serbian Volunteer Corps and Chetnik Dinara division which were used for railway security in Istria were used in combat around Iliriska Bistrica and sent to Soca. (fm www.vojska.net)